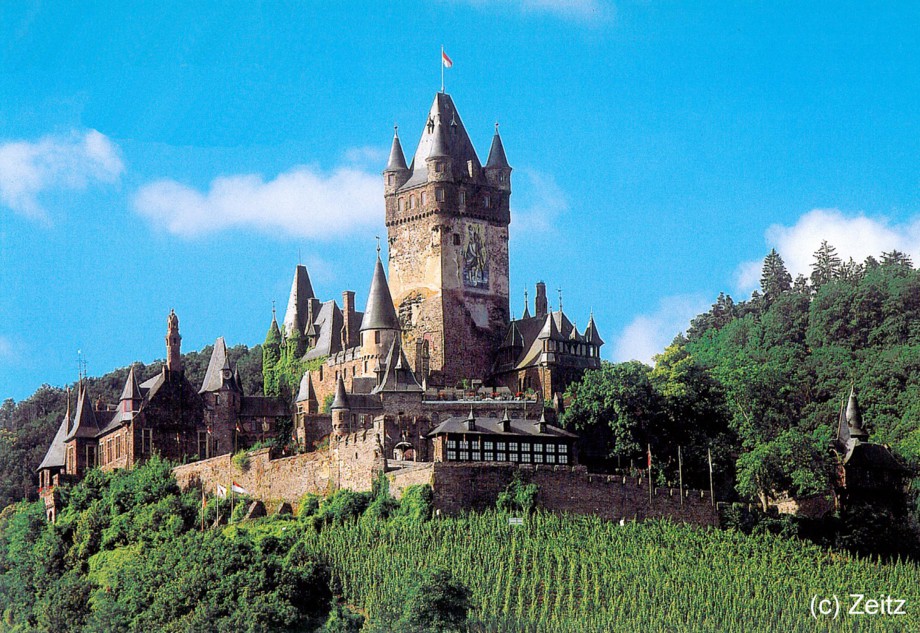 About a 100 meters above the Mosel River and the city of Cochem, the Imperial Castle thrones majestically atop a hill. The Castle, which was built in the jear 1020, was the seat of the palatine counts until 1294, when the Archbishop of Trier made the castle and the city an official center for administration, customs, an trade. In 1869, French soldiers destroyed the castle.

In 1860, however, an economic councilor from Berlin by the name of Louis Ravene`boght the ruins an, in the years betwenn 1868 an 1867, reconstructed it. Durin the reconstuction, the old gothic style was changed to neo-gothic. Since 1978, the castle has belonged to the city of Cochem an is currently open for guided tours from mid-March ti mid-November.